It is not an easy game for luxury hotels in Hanoi. The capital city has a dozen of five-star hotels, all of which have expressed keen interest for this rare business and advertising opportunity. However, JW Marriott Hanoi has finally “scored” when it was selected to host the 65-member group for their three-day stay in Hanoi.
JW Marriott could win over other hotels in the capital city not because of its cheap prices. The room rates JW Marriott offers are even 1.5 times higher than the cheapest offer (that was at hand) of another hotel/the other hotels. However, when the representatives of the
pulling power of the “Dragon” hotel. Although it is a new player on the market, with its opening dating back to 2013, JW Marriott Hanoi has become a favourite hotel for tourists and businessmen on their visits to Hanoi. The hotel has also hosted multiple large groups from multinational companies, such as Mercedes, BMW and Microsoft, to hold meetings, conferences or exhibitions.
The pulling power of JW Marriott Hanoi is obviously reflected by the huge leaps in business just after two years of operation. In the first half of this year, the hotel achieved the average occupancy rate of 79 per cent. This figure is a dream for all hotels in the city, particularly for new openings which could only gain a level of 30-50 per cent during the initial three years of operation. The business of JW Marriott seems more miraculous when taking into account in context of the 11.3 per cent plummet in foreign arrivals to Vietnam in the first six months of the year. Falling tourist arrivals have caused a drop in revenue for many hotels in the city, but JW Marriott has reversed the trend as its revenue grew 150 per cent compared to the same period last year. JW Marriott has become one of the biggest earning hotels in Hanoi and is expected to jump to the top very soon.

Located on a 6.3 hectare site within the premises of the National Convention Centre, JW Marriott is the biggest internationally-branded hotel developed by a 100 per cent locally-owned company, Bitexco. It has 450 rooms, including 50 suites, and is managed by the American hotel management company Marriott International. The hotel has six restaurants and bars and a system of 17 meeting rooms, covering a total of 5,000 square metres. Other amenities include an indoor swimming pool, spa and fitness centre.
The first impression the hotel will have on any guest is its unique architecture, which cannot be found elsewhere in the world. JW Marriott is called the “Dragon” hotel, as it strikes an interpretive symbol of a dragon ascending along the beautiful seashore of Vietnam. The architect of the building is Carlos Zapata, who is also the mastermind behind the skyscraper Bitexco Financial Tower in Ho Chi Minh City. The company management has claimed that both properties are to stand as symbols of Vietnam’s vivid culture and the rise of Hanoi and Ho Chi Minh City.
JW Marriott Hanoi is also the first hotel in Vietnam operated by Marriott International under the luxury brand. Marriott International is currently operating more than 4,200 hotels in the world, including the three luxury brands The Ritz-Carlton, Bvlgari and JW Marriott. Bitexco has made a huge investment to build the hotel in tune with JW Marriott standards, at the same time setting a new benchmark for the luxury in hotel industry in Vietnam.

Specifically, a room in other five-star hotels in Hanoi is measured at 38-40 square metres, but the smallest room at JW Marriott is 48 square metres. Each of the rooms offers a cosy ambiance with wooden floorboards, and floor-to-ceiling windows allowing visitors to bask in natural light and the surrounding scenery. The rooms are equipped with high-end facilities, such as a marble shower, Bose sound system with a docking station and automatic curtains. The total development cost of the hotel was around $250 million, more than $555,000 per room on average. This figure is double the average investment for a five-star hotel room.
The service provided by Marriott International will satisfy the most discerning travellers, whether they come here for business or leisure. The hotel management company had organised intensive training courses for its staff before the opening to ensure guests staying here will enjoy the best in town. Therefore, the hotel does not only attract tourists, but also Hanoians who come to stay over the weekend to relax or enjoy the buffet.

JW Marriott has also become a favourite venue for meetings, conferences, exhibitions and weddings. Many conferences, which were previously held in Hong Kong and Singapore, have been moved to JW Marriott Hanoi. The meeting rooms are almost fully booked this year. As a result, JW Marriott Hanoi was granted “The Best Hotel in Vietnam” and the “Best MICE Hotel in Vietnam” awards by International Property Media in a ceremony in January.
JW Marriott is positioning itself as the best hotel in Vietnam, winning up to 12 awards over the last year. These include “The Best New Hotel Construction and Design” in Asia Pacific by International Property Awards, the  “Best of the Best” by the Robb Report Vietnam and the “Top 25 luxury hotels in Asia” by TripAdvisor.com. With these accolades, the iconic hotel is becoming a new symbol of dynamic development for Hanoi as well as Vietnam’s tourism industry at large.
Source: VIR.com.vn 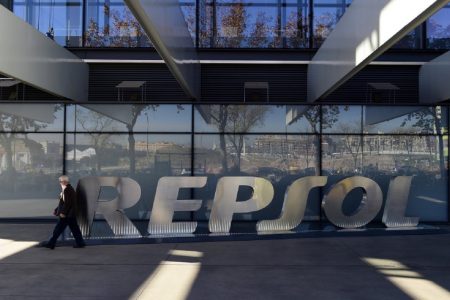 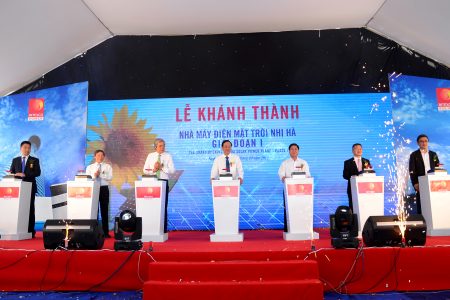